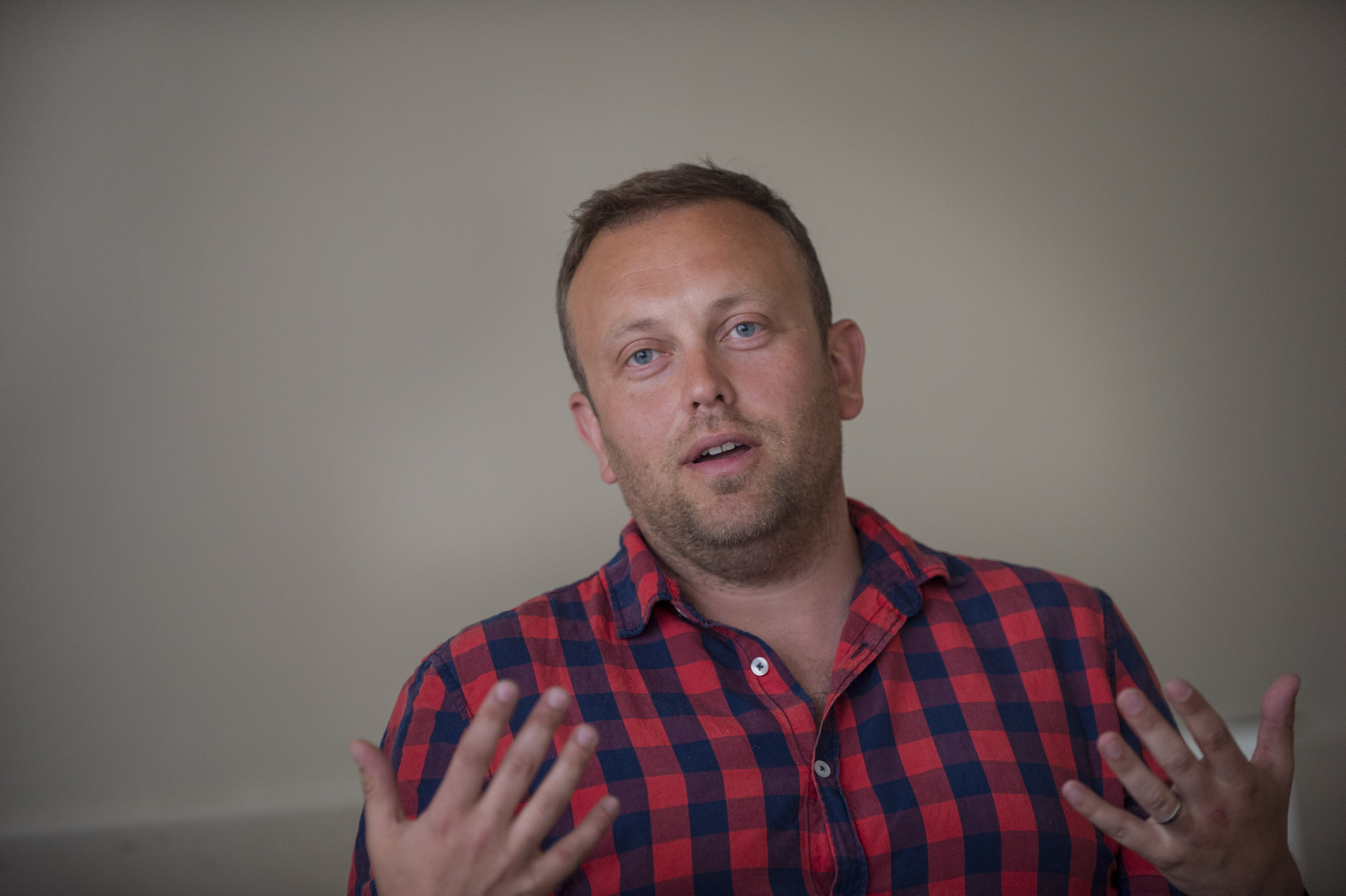 Lee Coan was our WriterSlam winner, receiving a potentially life changing prize of a development commission with ITV. After the excitement of the competition had died down a bit, we talked to him about his WriterSlam experience…

Where did you hear about WriterSlam?
I’m not even entirely sure where or when I first heard about WriterSlam. I think it came up in my Twitter feed, or it may have been on the BBC Writers Room opportunities page. Either way, I’m now extremely grateful I came across it somehow!

What made you decide to enter?
I read up a bit about TriForce and MonologueSlam, and was extremely impressed. As a new writer I have found the whole “it’s not what you know, it’s who you know,” thing to be hugely frustrating. I think it’s so great the way that TriForce are trying to give everyone an equal opportunity to get noticed. Also the fact that you didn’t have to pay to enter felt reassuring that it was a genuine competition to try and unearth talent. It’s nice not to feel like you’re entering a contest just to make someone money!

Have you written for TV before?
I’ve written five or six different scripts, but nothing that has made it on TV so far. Most of them haven’t even made it beyond my computer to be honest, as I’ve simply been trying to improve myself as a writer.

Is the script you entered something you’ve been working on for a while or is it a new piece for the competition?
The script I entered is based on an idea I had for one of the first scripts I ever attempted. Having not looked at it for ages, it became really clear to me what aspects worked and what needed changing. Sadly most of it needed changing, so I pretty much completely rewrote the whole thing for WriterSlam.

Tell us a bit about your script.
The story is about a very normal family who are struggling to deal with a terminal illness of a child. I wanted to attempt to write something that could make an audience both laugh and cry (hopefully in the right places). It is a 60 minute episode of a six part drama.

What was the WriterSlam experience like?
I was completely blown away by the WriterSlam experience. I did not know what to expect at all. The other writers were such hugely talented people, and it was a complete honour to be able to work through their scripts with them and our mentor for the day Michael. I was extremely nervous on the day of the performance, not so much because I was concerned about winning or not, but because my piece felt really personal, and having it performed it front of people was a completely new experience for me. I can still not quite believe the job the actors did on all five pieces, given the short space of time they had to work with the material. The whole production was so professional, and beyond anything I could have ever hoped for. Thank you!

Were you surprised when you won?
I was really shocked to make the top 20 initially, and when it came to the final five, I felt 100% sure of who was going to win (it wasn’t me!). Each of the five pieces were so different, and as my script was performed first, I thought it might have been already out of mind when it came to the judging. I think I became a bit of a gibbering wreck when my name was called out as the winner. I am extremely glad I didn’t have to give a thank you speech.

Are you excited about working with ITV?
I’m obviously hugely excited about working with ITV. I’ve grown up watching ITV dramas my entire life (as has pretty much the whole country I guess) so am hugely grateful for this opportunity. I only hope I can payback TriForce and WriterSlam by making the most of this opportunity now, so that everybody’s efforts have not been wasted.

WriterSlam UK in the Guardian and Broadcast