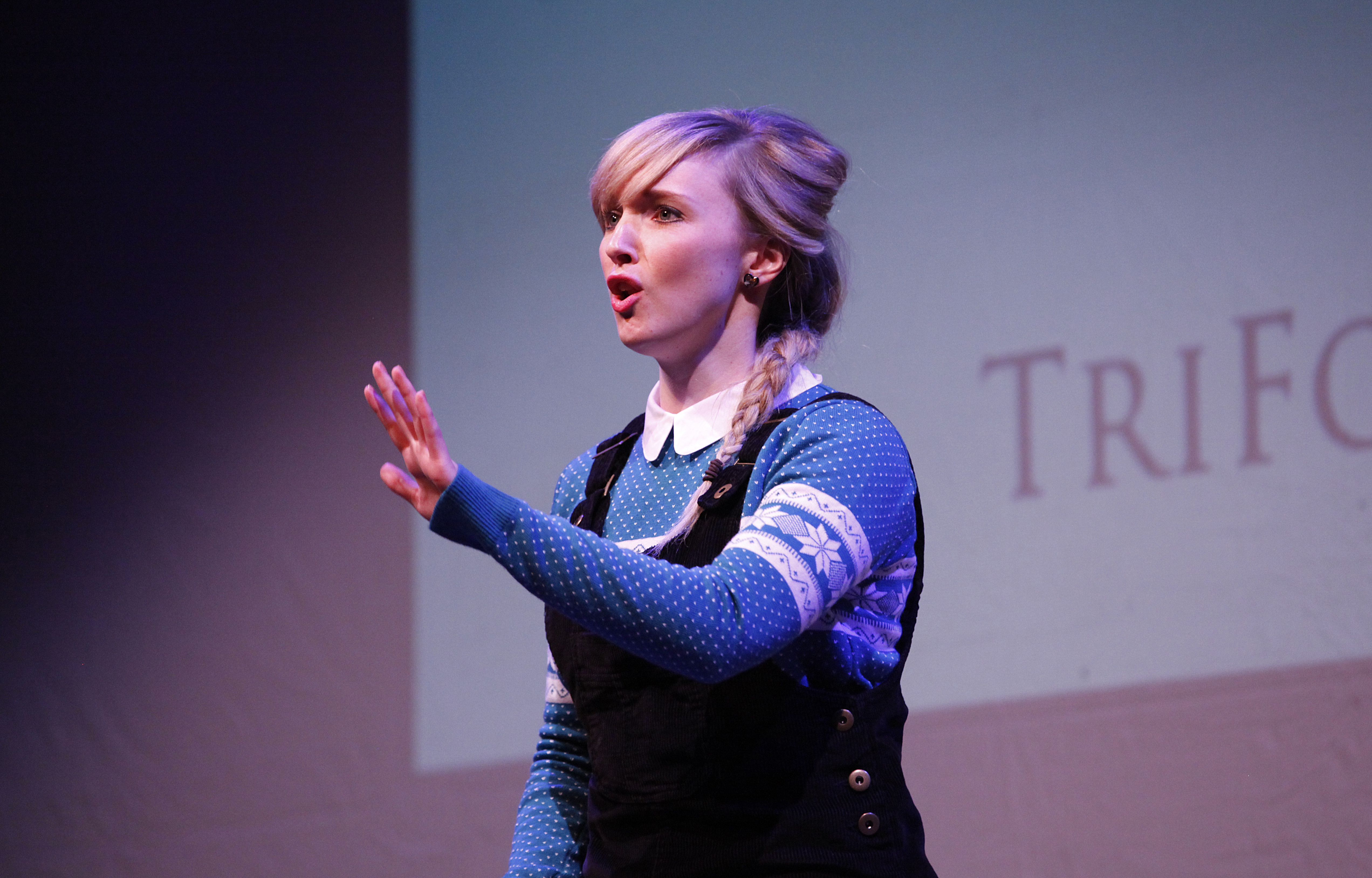 Two talented actors are taking shows that started out on stage at MonologueSlam to Edinburgh this summer.

Meg Travers, winner of the 1 Minute Round at the Winner’s Edition 2013, is taking her one woman show ‘Lucky Strike’ to The Mash House in Edinburgh from 6th – 30th August. The show began life as her ‘Twix’ monologue at Theatre Royal Stratford East which you can check out on our You Tube channel for a sneak preview.

So like I said. I’m shit at life. I’m single, unfit, unemployed. But what is it they say?
Three strikes and you’re out? Well, I think my luck ran out a long time ago.

A vivacious, fast-paced comedy that’s full of filth. See this delightfully offensive Gloucester girl and her mucking fess of a life!

Her next London preview is at the Hen and Chickens on Wednesday 1st July and tickets are available online: https://www.unrestrictedview.co.uk/lucky-strike/

If you’re planning a trip to Edinburgh you can book your tickets for Meg’s show here: https://edinburghfestival.list.co.uk/event/482305-lucky-strike/

And Meg’s not the only Slammer to be heading to Scotland this summer. She’s joined by Michael Longhi, who’s taking his self penned one man show, ‘Wild Bill: Sonnet of a Bardsterd’, to The Space @ The Surgeon’s Hall from August 7th – 29th.

Inspired by his monologue based on Richard III and Golem which he performed at MonologueSlam last year, Michael’s show fuses Shakespeare and film.

Meet Bill, Wild Bill. Shakespeare, drunkard, imposter, literary terrorist, as he descends into madness. Mentally torn apart by the characters and plays that he created, he roars down any doubt of authorship and we discover that Shakespeare not only penned the plays attributed to him but also a whole other folio of works – everything ever written! Merging his most famous characters with modern day film we discover how years of worship has created a god, a monster, the immortal Shakespeare – Wild Bill.

You can catch Wild Bill in London on 20th July at Theatre 503: https://theatre503.com/edinburgh-previews/edinburgh-15-wild-bill/

And if you’re heading to Edinburgh then tickets are available here: https://tickets.edfringe.com/whats-on/wild-bill-sonnet-of-a-bardsterd

Are quotas the answer to diversity?